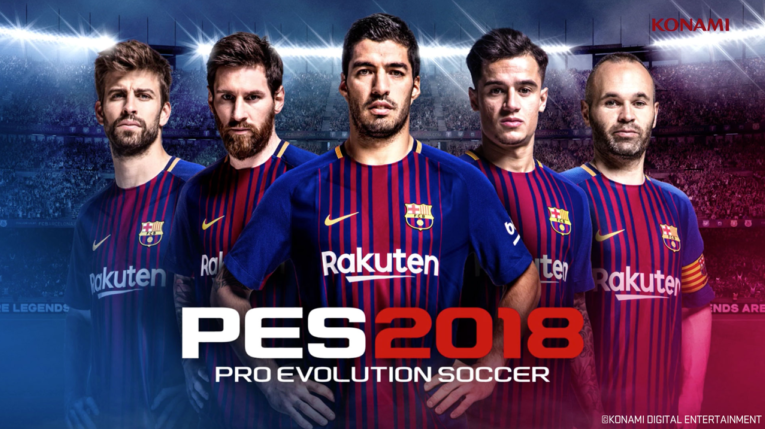 PES 2018 is an awesome football game, which is been developed and published by Konami. If you have enjoyed playing PES 2017, then you should give a try as it is an improved version of its predecessor. There are plenty of varieties added to the new version, and is worth checking out! Read on to know some interesting challenges and campaigns that you will come across!

It is a two-week competition where you can earn several rewards by participating and winning the Challenge Cup. You need to make a team of three players and work together to show your supremacy.

The developers are providing a bonus reward for those who play Co-Op matches in myClub. The bonus is that after you complete the match, your players’ stamina will be automatically recovered. Moreover, all those players who played the match will recover one match’s worth of stamina. So, if you want to earn several rewards and recover stamina for your players, then you should play Co-Op challenge.

To celebrate the end of an amazing year, the game developers are holding a festive season campaign in December 2017. During the campaign, your First-Time Victory bonus will be doubled. For instance, if your bonus initially was 2000GP then it will now be 4000GP. Play more so that you can earn more and take advantage of this amazing bonus that is offered for a limited time period.

In this campaign, you will even be able to use the Special Agent: Black Ball. It is a one-time exclusive feature that signs only Black Ball players. You can make use of the Special Agent only once in the entire campaign and you will require myClub Coins for using it.

If you want to experience the most brutal challenge of the game, then you should participate in ‘The Classic Campaign’. In this challenge, you need to select certain players for the match. You can even acquire a Special Agent, which can procure some specific active Silver Ball or higher players.

Moreover, you can even obtain players in PES 2018 from both teams in the derby. Procuring Gold Balls or higher players that were members of historic clubs becomes possible in this challenge. In addition to this, you will even have access to six seasoned managers from both sides of the derby.

In this Special Campaign, you will come across all those managers, players, and teams who have performed wonderfully in the month of November. All Special Agents can procure Silver Ball or higher players from clubs that executed well in the game during November.

You can even select an apt manager for your team from the list of seven managers that are mentioned in the campaign. When you complete the high difficulty competition successfully, you will get an opportunity to acquire the Special Agent that will sign only Gold Ball or higher players. This is the best way to enhance your team!

If you want to acquire Special Agents and Managers from Italy, then you should participate in this campaign. You will be able to acquire them as a reward by winning your first match in the campaign. These Special Agents can acquire Silver Ball or higher players from the Italian League Clubs.

All those matches that you play in myClub mode during this campaign will make you earn twice the usual amount of experience. It is a great opportunity to fast track your team members’ development. However, this campaign does not work in myClub Friendly Match, myClub Co-Op, myClub PES 2018 League and myClub competition.

To get hold of some of the hottest and youngest talent in the game, you need to participate in the Young Stars Campaign. You can acquire all those players who are less than 25 years of age and have amazing potentials. The player that you acquire in the campaign is going to be Silver Ball or higher. To acquire the Special Agent, you need to complete each Challenge Cup in the campaign.

By participating in a Special Match, you will be able to earn 1.5x GP as well as Special Trainers. Moreover, during the entire campaign period, the Special Matches will have 3x chance of occurring; thus, making it easy for you to earn plenty of GP.

As the name suggests, the PES 2018 Online Challenge Cup will change every day. It is accessible each day for the entire event period. When you win a competition, you will earn 5 Special Trainers. Similarly, when you complete the challenges every day, you can earn a maximum amount of 35 Special Trainers. So, improve your players right away by availing these benefits.