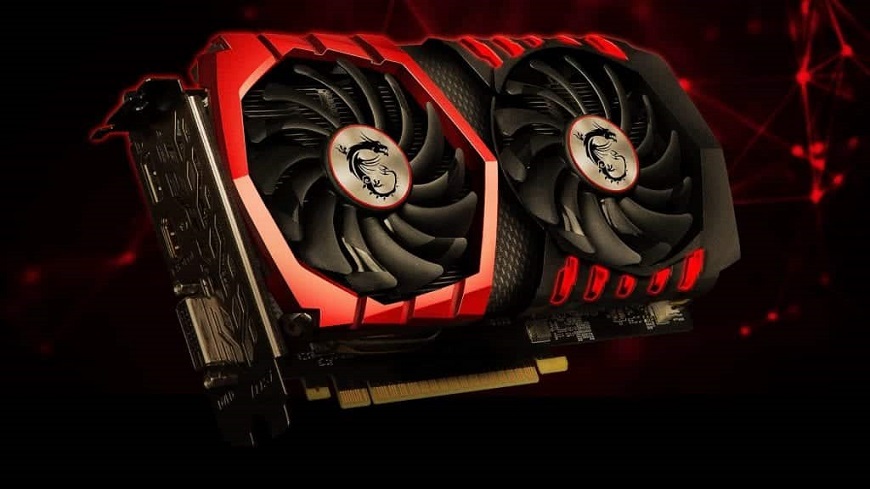 Before starting this post, I wanna say that it is my first post on such kind of topic. It means that I have written many product-based posts, though. But most of these were about some accessories or backpacks etc. So it’s gonna be my first Computer peripheral-based post.

Writing about Graphics Cards was not an easy task. Add Under-$300 constraint in it, and it’ll get even tougher. It means not only I have to write about good and decent Graphic Cards but also which are under $300.

On top of that, I had to ask myself some questions while choosing Graphic Cards to be on this list. What are the basic requirements for a typical user? What an average Joe looks in a graphic card when considers buying it. Heat Management, Power Consumption, and Graphic Performance, etc, right?

Well, these characteristics were my judgment criteria too. Having talk too much, I think it’s time to introduce you to the 10 Best Graphics Card Under 300 you can buy in 2015. So Here we go:

EVGA GeForce GTX 750Ti is a good entry-level Graphics Card you can use to play games like Skyrim at 1080p. Apart from this, being a GeForce GTX Graphic card ensure that it’ll have technologies like NVIDIA GameStream, G-Sync (eliminates screen tearing and input lagging), and GeForce Experience, etc.

First, we’ll discuss its specs. It has 25% more performance but merely half of power consumption when compared with the previous generation Graphic Cards, thanks to new-gen NVIDIA Maxwell architecture. It is Base Clocked at 1176 MHz, but you can boost it to 1255 MHz for smooth gaming performance. It has a 2Gb 128-bit DDR5 Memory.

For improved dissipation of heat, its fan size is 12% larger.

If having seriously silent graphic card if your first priority, then you must consider this. Since this Graphic Card won’t make any sort of noise until GPU reaches 55ºC, you will surely have a deadly silent gaming environment. Even at 55ºC, its noise will be far the one to annoy you. Now we’ll further discuss more about its specs.

It has a factory-overclocked GPU at 1291 MHz frequency which you can further increase to 1317 MHz frequency. It has a factory-overclocked memory speed of 7200 MHz. To itself quiet, it has Direct CU II with 0dB Fan Technology – it ensures that you’ll have 30% cooler and 3 times more quieter Graphic Card one compared to any ordinary one. Even its power noise is 30% less.

For your gaming experience, it is  5-phase Super Alloy. It has a 2.5 times longer lifespan – to prove its worth. You can even tweak its GPU according to your requirements, thanks to Split Game Caster and intuitive GPU clock boost.

EVGA GeForce GTX 960 4GB is a good one that delivers all-around performance in all the aspects we look in a Graphics Card like power efficiency, heat management, game experience, etc. Looking at its specs, we have it base-clocked at 1216 MHz and boost-clocked at 1279 MHz. Its memory clock is of 7010 MHz capacity.

Its other key features include 4 GB DDR5 RAM, Memory Bit width, and Memory Bandwidth of 128 bit and 112.16 GB/s. It has a max. The refresh rate of 240 Hz. Apart from these, it also supports other NVIDIA technologies like NVIDIA GameWorks Technology, NVIDIA GameStream Technology, Microsoft DirectX 12 support, NVIDIA GPU Boost 2.0 and others, etc.

Next we have, MSI AMD Radeon R9 270X Graphics Card. It also has some decent specs for a mid-range Graphics Card

It has 2 GB DDR5 RAM which has a Memory Bus Width of 256 bit. It has a core Clock frequency at 1120 MHz. Its memory clock frequency is 1400 MHz. The maximum resolution it can supports is 2560 x 1600. For connectivity options, it has DVI-I, DVI-D, HDMI, DisplayPort. Like ASUS’ Graphics Card STRIX GTX 960, this one is also very quiet. For this purpose, it has its twin frozer fans.

I must say that it is a very good Graphics Card when compared with its price. So if you’re looking for a decent Card to play 1080p games, must consider this.

A 3GB DDR5 RAM, Microsoft DirectX 11.2 support and 1792 stream processors – Sapphire Radeon R9 280 has a perfect combo fpor you to play those 2560 x 1440 resolution games without even a slight hint of lagging. You can even use 4K displays with it, through its HDMI 1.4a interface.

You throw any game at it and literally chew up any game without any hiccup. I personally have tried Far Cry 4 and Tomb raider. The result was more than my expectations. It also has each one of HDMI (with 3D), DisplayPort 1.2, Dual-Link DVI-D and Dual-Link DVI-I, etc. One major thing, Its GPU is core-clocked at 850 MHz but you can boost it to 940 MHz. Its DDR5 RAM has bit width of 384 bits.

Now lets talk about its features in detail. For heat management, it has new Twin Frozr V which features strong fans but less noise. Moreover, its TORX Fan has two types of blade – a traditional one to maximize downward airflow, and a Dispersion fan Blade – which generates airflow to maximize heat dissipation. The latter fan causes 19% more airflow without any increase in drag.

Even if that doesn’t seem cool to you, it has SuperSU pipe for efficient and enhanced dissipation. For Noise elimination, it employs Zero frozr technology which reduces fan noise by simply stopping them – when they’re not needed. It means that you’ll mainly focus on your game without those distracting noises coming out from your computer.

At last, I am telling you about its different modes which I listed above. OC mode is for increased performance, it delivers you maximum output. Gaming/default mode gives you a perfect balance between game performance and heat. Silent mode is best when you want to ave minimal fan noise. Apart from these, it also has an Eye Rest Mode – it reduces blue light balance from from screen, and it’s good while you’re working during Night time.

This Graphics Card also has MSI Afterburner – A vetry ppopular Cross-vendoe GPU overclocking tool. Its easy-to-use interface gives you very useful information about your system and Graphics Card. You can tweak anythign on your Graphics Card from there, according to your own requirements.

For those who want something extra in a modest price, this one is for them. XFX RADEON R9 290 is may not be a one to make your drool over its specs though. But believe me, in terms of performance, it can match toe-to-toe with any Graphics Card in its price range.

Another good Graphics CArd in this lsit, who puches beyong its weight. Sapphire Radeon R9 has many good things to convince you about itself. First, it has 4 GB DDR5 RAM of memory bus width 256 bits. It is base clocked at 1020 MHz and can be boost clocked up to 1070 MHz.

The maximum number of displays it can support at a time is 4. It has 1280 stream processors. It has some other technologies. Some of which are AMD Eyefinity 2.0 – it provides supports for stereo 3D, universal bezel compensation and brand new display configuration, SAPPHIRE Dual-X Cooling Technology – it consists of a multi-Heatpipe cooler and a Dual fan, perfect to give you perfect cooling performance even under extreme load.

And now here is our second-best Graphics Card for Gaming. If you go by its looks then this Graphics Card surely is the best one your can by. A beautiful metallic black color. It might not sound good to some people that it is based on GTX 960 instead of 970 or 980. But its new Maxwell architecture will fully utilize all of its resources.

It’s got a 4 GB DDR5 RAM effective at 7.0 GHz memory clock frequency. It has 128-bit memory bus width. Even if you make quietness your first and foremost priority, this Graphics Card is a one for you. Since it is the one of the most silent Graphics Card around. Its VRMs are in contact with Heat-sink which makes it much cooler.

It is base clocked at 1241 MHz and boost clocked at 1304 MHz. Whereas in OC Mode,  In case you want to overclock it, you can use MSI’s Afterburner which I mentioned above in this post, it is base clocked and over clocked at 1266 and 1329 MHz respectively. For dissipation of heat, it uses Wind Force 3X cooling System with Unique Blade Fan. 0 db semi-passive fans are there to ensure a complete silent environment. It also uses Ultra Durable VGA technology which helps in Lowering the GPU Temperature, Decreasing Power Switching Loss and Better Overclocking Capability etc.