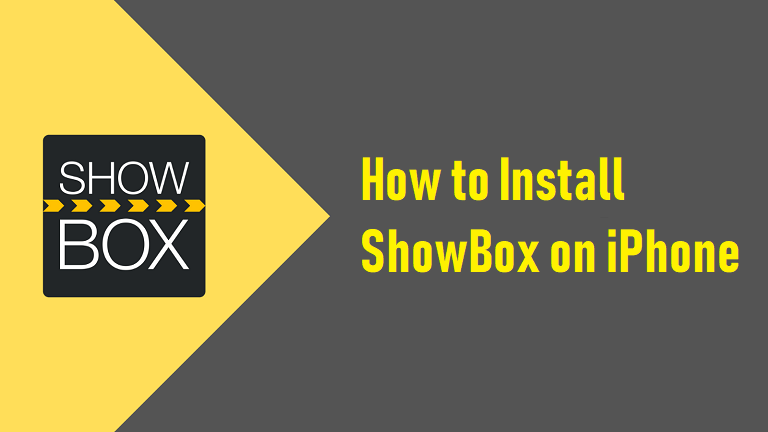 In the current society, many people prefer to watch their shows on their devices rather than pay for a cable network. Due to this streaming sites and apps are on the rise. In case you prefer watching films and TV shows on your mobile phone then Showbox is one of those apps which you must surely be familiar with.

Showbox is a media streaming app which works similarly to stream sites like Netflix but does not actually have its own database of videos. Instead, Showbox acts like a search engine which gets all its viewable content from outside, around the globe streaming sites, and shows them all at one place for the convenience of the user.

Showbox is not available on the app store of Apple. Due to this many people are unable to access the app on the iPhone and iPad. On IOS, if you want to install this app then you have to manually download the software through an offline installer. (On IOS Showbox is known as MovieBox even though we will talk about it as Showbox within the article).

The following steps need to be followed to Install Showbox on iPhone without jailbreak.

Showbox can only be installed through an offline installer which bypasses the official app store. It, therefore, recommended to instead “use” a reputable third-party software such as Emus4U for Showbox installation. Installing this software will allow you to directly download Showbox from Emus4U app.

Showbox is not legitimate software for watching copyright content. It’s not actually advised for you to use Showbox on your iPhone. Recently, due to an increase in piracy media distributors increase their copyright policy strictness due to which you can be heavily fined if found using pirated apps. This article will hold no responsibility in case you are stuck in this problem.